Memories of Andy of Andy's Gas

Final ride through Bristol before funeral

Andrew Christopher Criddle 28th September 1946 7th September 2015 Andrew who was better known to most as Andy of Andy's Gas, passed away in the early hours of Monday morning surrounded by his family. He started his business life in Bristol with a shop on Etloe Rd in Westbury Park, which he ran with his first wife Gill. This was a building firm which did a lot of work locally. He also ran a 24 hour emergency service for plumbing, electrical and roofing. The shop sold all sorts of everything from electrical items to toys. He could turn his hand to most things, he was a fully qualified electrical engineer, and in the early days spent most evenings repairing televisions, toasters, kettles and other electrical items. A change in the law on the storage of L.P.G in the early 80's forced a move to Cribbs Causeway. He has run the business from there ever since and made a great success of it. He was happy with his life and said he had achieved all the goals he had set himself. His wife Carolyn and his family will continue to run the business as he would have wanted. They say he will be a hard act to follow and will be sadly missed, but his legacy will live on. In accordance with Andy's wishes he will take his last journey on one of his gas trucks up to the White Tree Roundabout, which is close to Etloe Rd where his first shop was, then back down to Canford. He would have been very proud to know that several rival gas companies will be joining him on this final journey. The procession will be leaving Andy's Gas on Cribbs Causeway at 2pm on Monday 21st September. Followed by a service at Canford at 3pm, all who knew him are welcome to attend. The family ask that instead of flowers donations should be made to Pancreatic Cancer Research at pancreaticcancer.org .uk or on the day at the service.

A respected Bristol businessman rode for the final time in his beloved company's truck on the way to his funeral.

Andrew Christopher Criddle, the founder and owner of the well-known gas company, Andy's Gas, was carried on the back of a truck in a procession ahead of his funeral service.

He passed away on September 7. More than 100 people ? including business rivals - came to the funeral at the Canford Crematorium.

Before the service, the truck travelled from the company's base in Cribbs Causeway and up to the White Tree Roundabout - close to where Andrew set up his first business.

Trucks and cars were covered in purple ribbons to raise awareness of charity Pancreatic Cancer UK.

Donations were asked for as it was the cancer that took his life.

But the mood during the service was far from sombre, with entrance music from a Gilbert and Sullivan musical - his personal favourite.

During a tribute speech, his son, James, said: "My dad used to take me on lots of lovely days out as a child - when I mean days out, I mean days selling gas."

"This man was my father for many, many years, and when I grew up, we became friends and that meant the world to me," he added.

Andy's Gas is a popular butane and propane bottled gas provider based in Cribbs Causeway.

The business was regarded as efficient because it does same-day deliveries when many other companies shut up shop.

Since the death of Andrew, the company is being run by 13 employees - all friends and family.

His family said Andrew would be "very proud" to know that several rival companies would be attending his funeral. 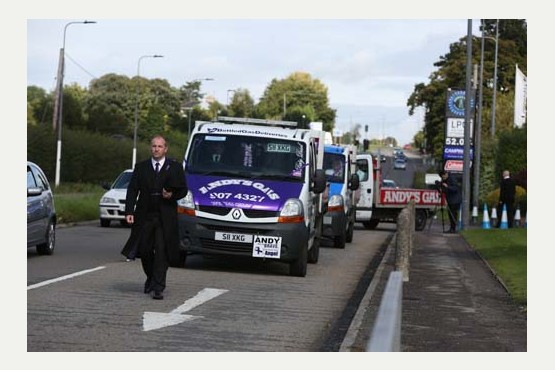 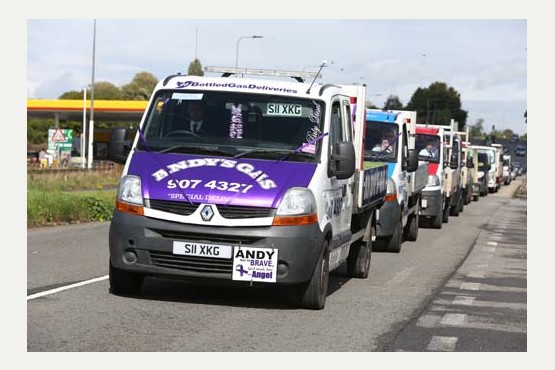 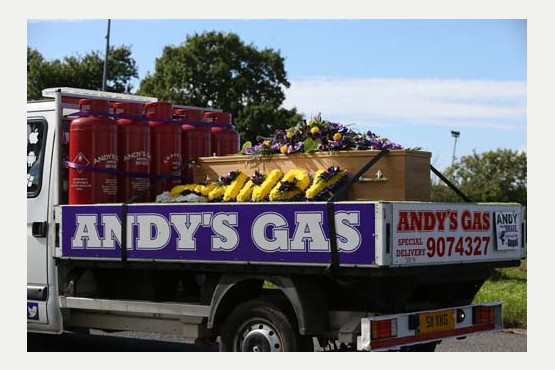 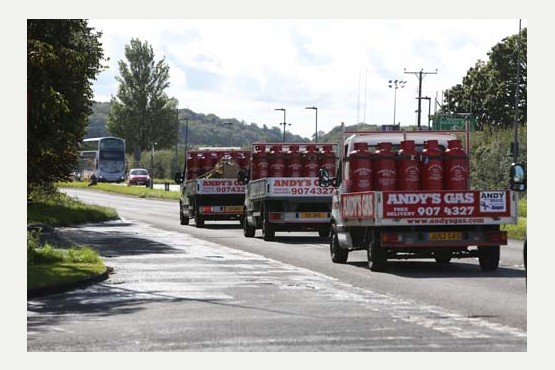 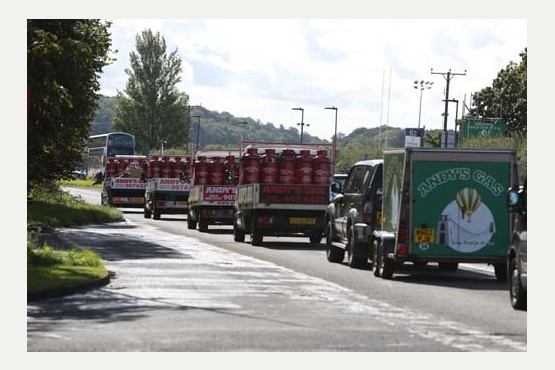 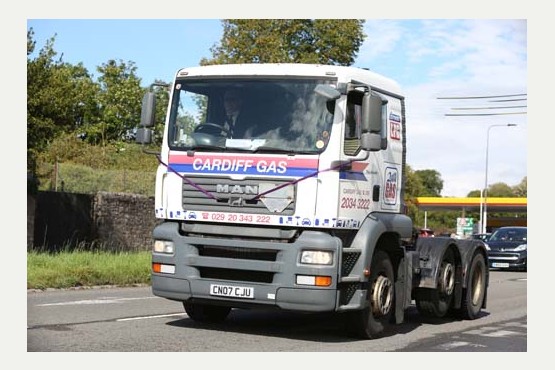 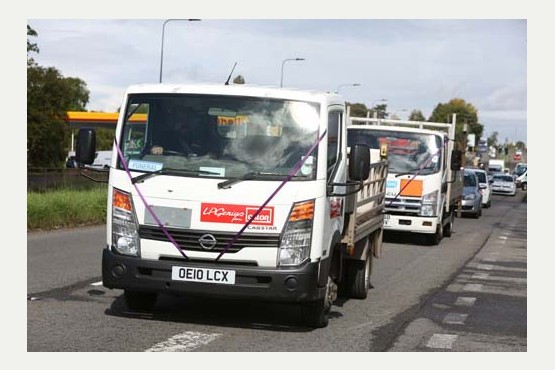 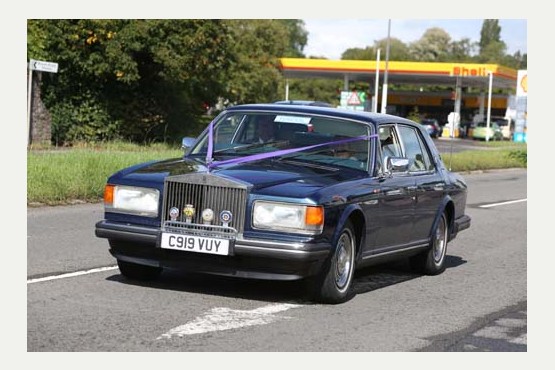 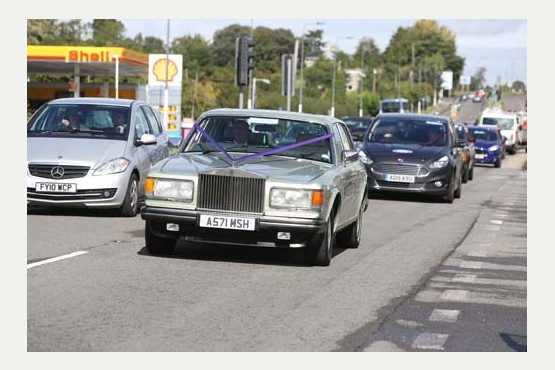 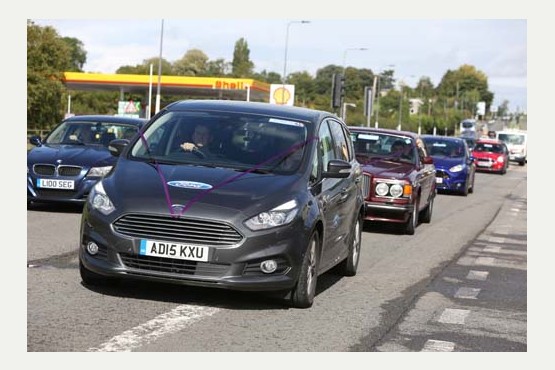 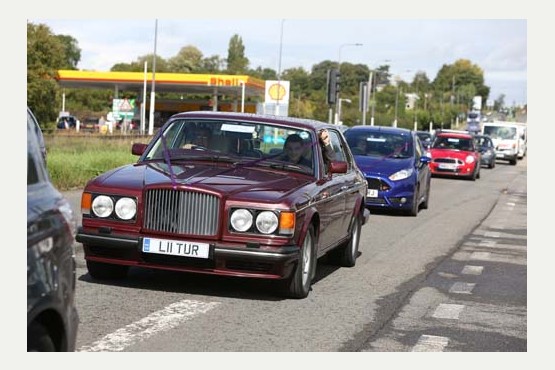 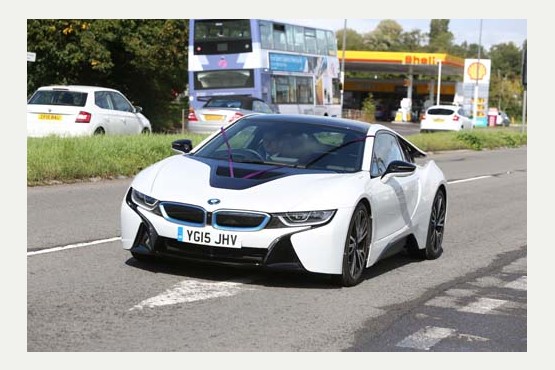 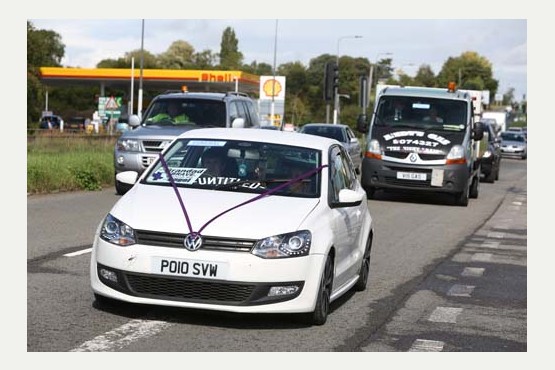 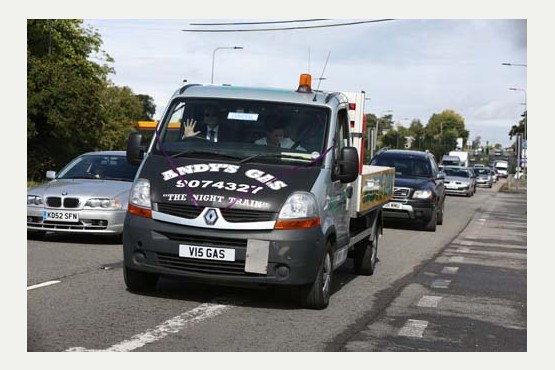 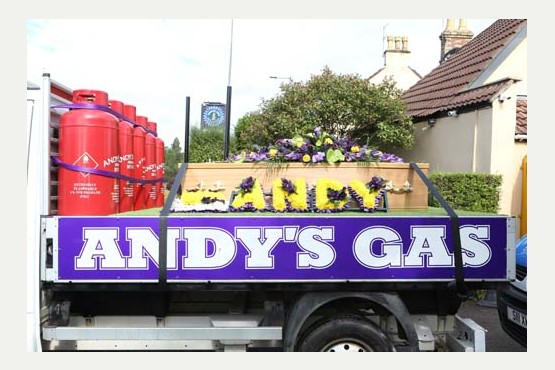